Let me begin by stating that in my opinion, FB globally has not caused any major set back to any What Is Digital Transformation?

Thus far, the marketing function was responsible for delivering consumer experience. This was justified because there were limited consumer interaction opportunities How is GDPR Impacting Digital? Are You Building A Loveable Or A Buyable Brand?

The definition of great brands seems to be changing. Brands like Google, Facebook, Airbnb Apple, Ikea, are perceived as loveable Why Marketplace Model Is #Fail For Ecommerce?

Internet was conceived with a promise and hope that it will cut the intermediaries. Internet also promised democratization, i.e. whether It’s a really difficult thing to increase your followers on LinkedIn company/showcase pages. The reason is simple, LinkedIn does not Is Your Brand Ready To Get Dirty? Don’t Go Social, If The Answer Is ‘No’!

It’s important to realize that the moment a Brand steps into the social media, it should be ready to get 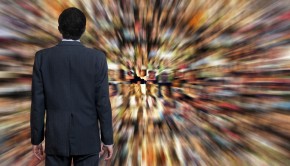 Manage Your Employees’ Social Media Behavior & Save Yourself From Embarrassement You all would have heard about the Lemp incident. It was a turning point for social media and service industry